One Month Without a Smartphone

Earlier this year, I decided to experiment with trading in my smartphone for a “dumb” Nokia feature phone. The long and short of it? Switching to a dumb-phone was easier than I thought it would be.

What surprised me was the lingering residue of mental clutter that carrying a smartphone for six plus years had left.

It took me a solid three weeks to truly not miss my smartphone. Though I hadn’t been using social media apps on my phone for more than a year, I had become more tethered to my iPhone than I had realized. As I soon found, it created a false security mentally. I thought I had this great need to carry a smartphone, but suddenly when it was removed I found there was very little I actually needed it for.

The white space of life started to feel normal again. Just in the last week, I have found myself becoming truly comfortable with boredom and being alone with myself. I don’t have to fill every moment. I can be bored and be just fine. Or, instead of reaching my smartphone, I can engage my environment, strike up conversation with strangers, read a book, jot down a quick note in my journal, etc.

I’m spending more time alone with my thoughts more often. Times that I used to listen to music or a podcast, I find that I’m not. It used to be a default behavior to fill commute time, now I’m happy to just drive in silence. This has carried over into other random moments where I’m waiting in line or stuck in traffic — I’m less anxious about filling the time. I can just be present and not feel anxious.

I don’t miss carrying a smartphone. I thought I would, but I don’t. I like being a little less connected and a bit harder to reach. 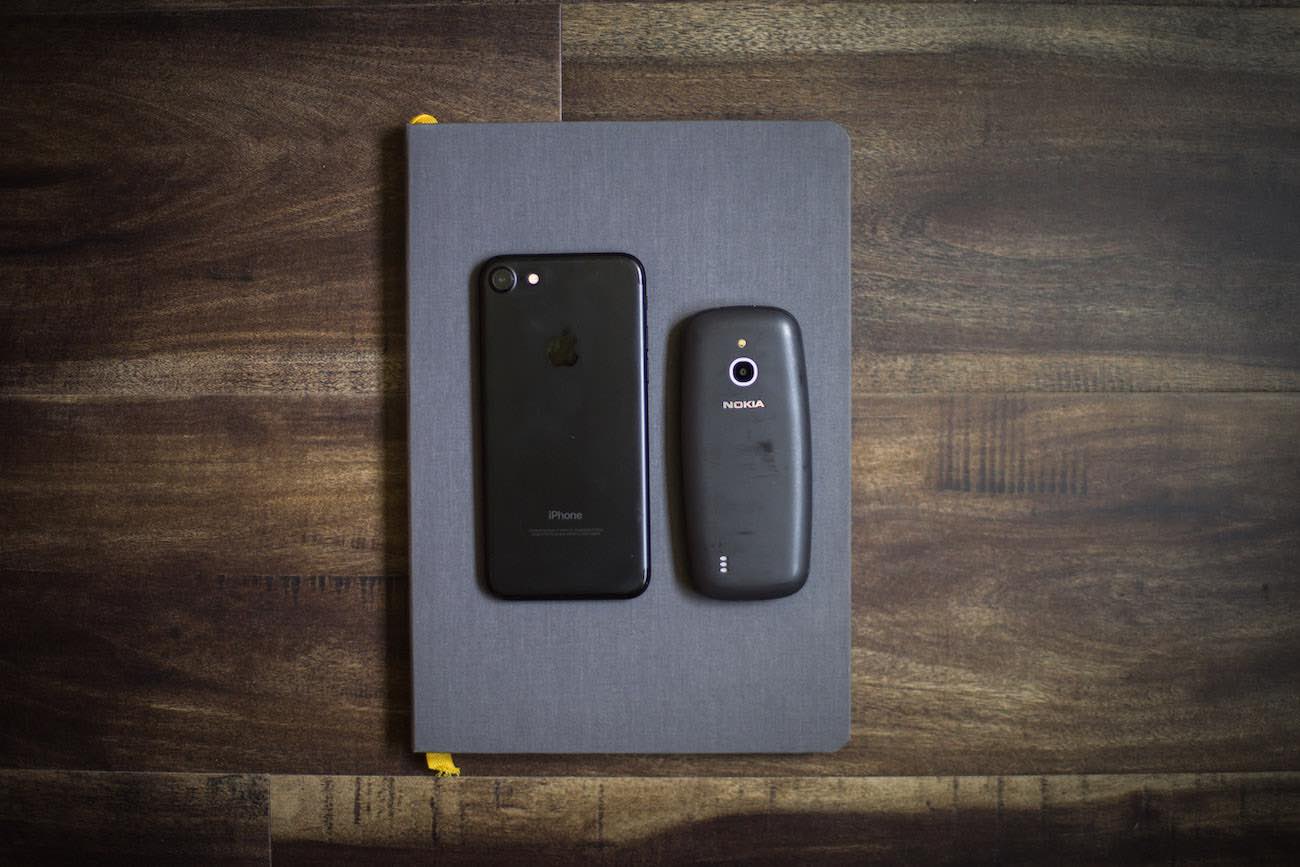 I’m in control of how and when I engage my iPhone (now iPod touch).

It goes in my backpack when I’m on the move, and therefore I have no reason to pull it out. Oftentimes it gets left behind if I’m out running errands. I really only have it with me during the work day as it’s useful for random things.

Old moments where I used to turn to my phone for stimulation / random entertainment, I just don’t.

I listen to far less music or podcasts when driving now and usually just drive in silence.

We recently had a sabbatical-week as a Blanc Media team. My wife and I got away for a night sans kids. It was the first time in a while we had gotten away and it was REALLY NICE. While on our getaway I realized how much I didn’t miss the noise of social feeds and being connected.

We stayed at a nice hotel in downtown Kansas City and sat by the pool for hours. I had no smartphone to check. So I read my book, swam, sat with my thoughts, and it was awesome.

Carrying my Nokia around has been a nice conversation starter with strangers and has led to some fun interactions.

Overall, I like being less connected, I like being in control of my attention, and I like the reduction of baseline anxiety and noise from my life. I’ve got enough going on, and as I recently discovered, I can still receive gifs in text messages. So, yeah. I’m all set.