I’ve ditched my smartphone and started using this thing. ?? 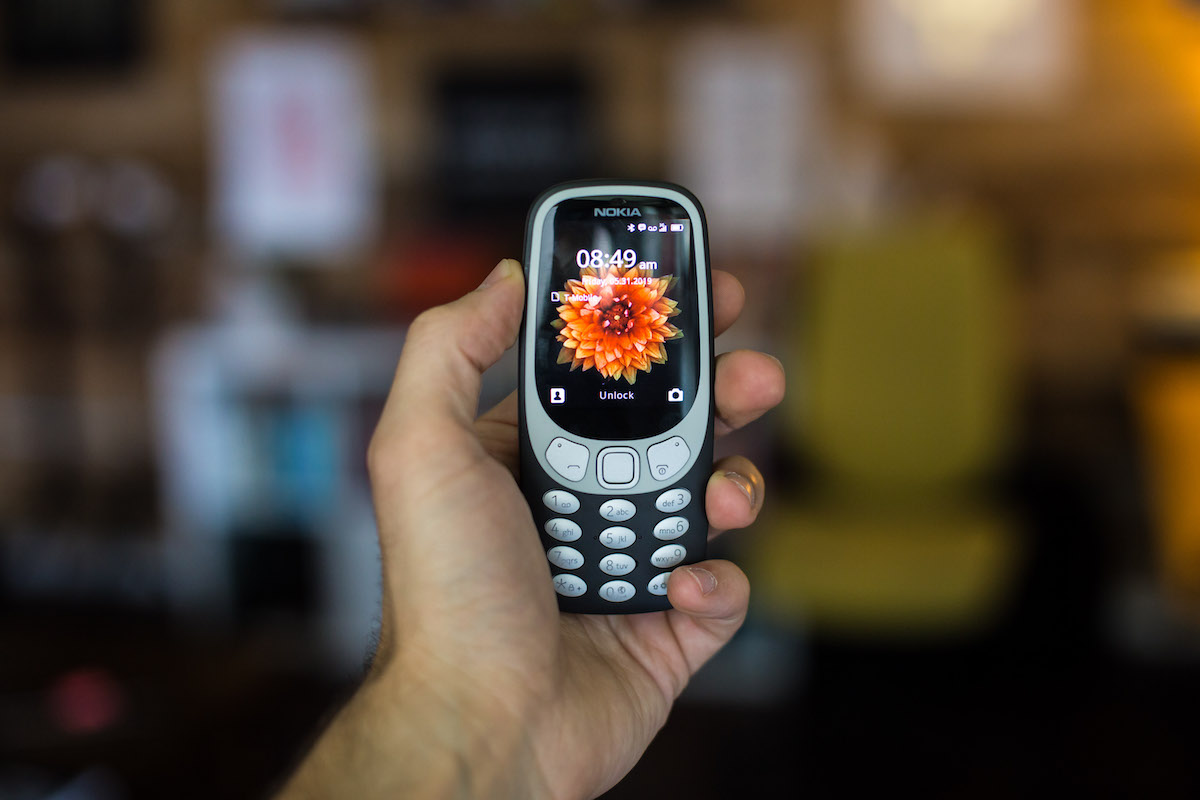 The long and short of it is that I’m uncomfortable with the amount of time I spend tethered to my iPhone. If you find this interesting, read on.

I’ve been trimming back my smartphone use the last couple of years. Social apps like Instagram and Facebook have been removed from my phone for well over a year (maybe two?). In addition to Do Not Distrub being perpetually enabled, I also disabled all notifications besides someone actually calling me. This included icon badges as well. Basically, I wanted to be in complete control of how and when I would give my focus to my smartphone.

I would probably tell you that I consider my smartphone usage pretty minimal compared to the average American. As of my last Screen Time report via iOS, I was averaging about 1 hour 29 minutes of daily use. Of that, 30 minutes was used for social media breaking down to 12 minutes for Instagram (in safari), 12 minutes for Messages (iOS considers messages a social media app), and 5 minutes browsing Facebook (in safari) marketplace for bikes for sale.

The average Facebook user now spends 50 minutes per day on the service.

To me, an hour and a half a day still seemed like a lot. Even with all my notification restrictions, I was still reaching for my phone on a daily basis more than I wanted to.

You could say my move to a dumb phone was inevitable. And to be candid, I’m still quite unsettled about the whole thing. It took me at least 3 weeks from receiving my non-smartphone in the mail to actually activate it. Whether it was FOMO or something else, it was a challenge for me to pull the trigger.

To be clear, this is an experimental thing. I’m not saying I’ll never use a smartphone again, but that could be the outcome. Only time will tell.

If you’ve read any of Cal Newport’s books, you can appreciate just how passionate he is about protecting and strengthening our ability to focus and do mentally demanding work. It permeates his writing. So Good They Can’t Ignore You was my introduction to his writing, and I read Deep Work shortly after — both of which were thought-provoking and inspiring for me. His thorough research and scientific-esk writing style is refreshing in our status-update, news-cycle-driven society.

When I heard about Digital Minimalism via the Hurry Slowly podcast, I was a little scared of what I might find. It’s no secret that Cal is an evangelist for quitting social media, which is something I can get behind. To be truthful, that wasn’t really what made me uneasy. Over the last year or so, I’ve had a growing internal nudge that the way my smartphone had integrated its way into my life was less than healthy. 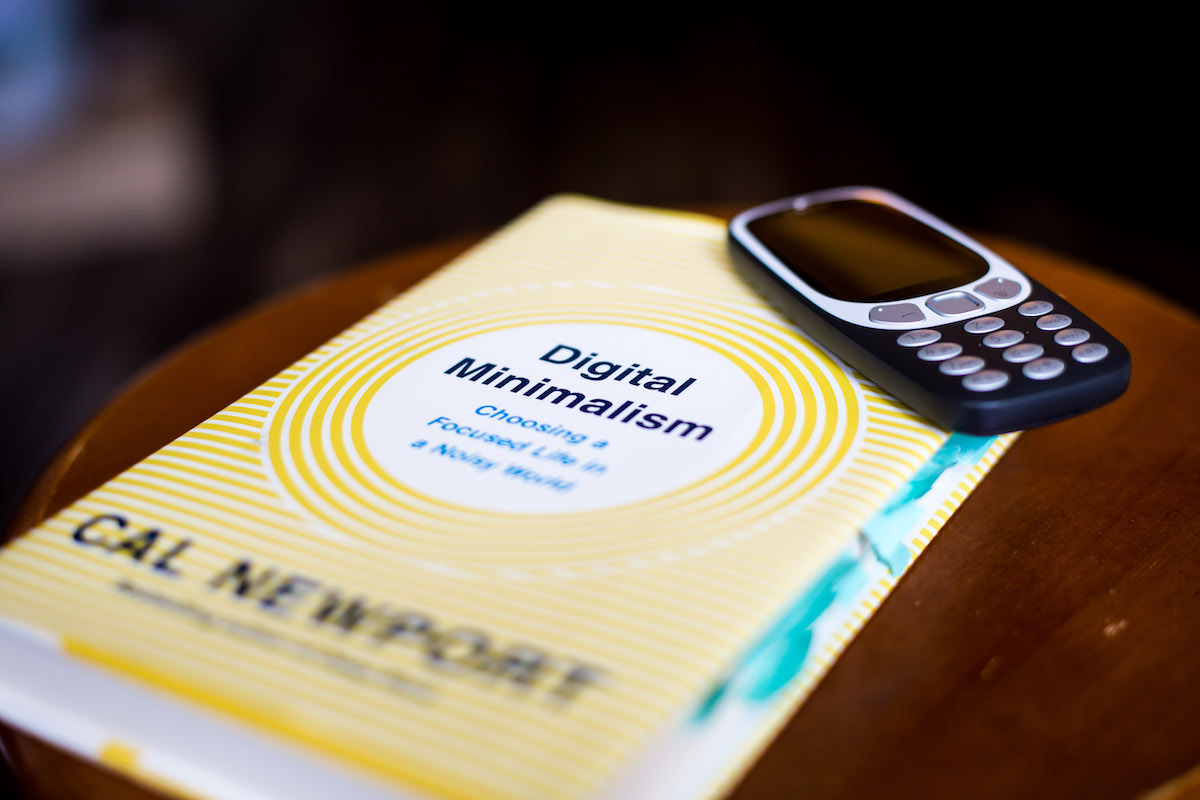 One of Cal’s main arguments in Digital Minimalism is that technology advancements has led to an unprecedented state of solitude deprivation.

Solitude Deprivation: A state in which you spend close to zero time alone with your own thoughts and free from the input from other minds.

Basically, solitude deprivation is constantly being connected to a stream of inputs from external sources. Never before in history have you been able to completely remove yourself from a state of solitude until the mid- to late-2000s. While solitude had been infringed upon by previous technology advancements, nothing has come close to completely removing solitude like the invention of the smartphone, which, to make a massively understated generalization, is no bueno.

regular doses of solitude […] are necessary to flourish as a human being. It’s more urgent now than ever that we recognizer this fact […] for the first time in human history solitude is starting to fade away altogether.

It’s important to note that the working definition of solitude Cal is working off is as follows:

Solitude: a subjective state in which your mind is free from input from other minds.

It’s not defined by the environment you are in as much as it’s defined by what’s happening in your brain.

My biggest reason for moving away from a smartphone is due to this single issue: solitude deprivation, or the increased difficulty for me to spend consistent periods of time alone with my thoughts. For me, the pull to just check something, literally anything, on my phone was and is too much. Even without social apps, there’s compulsive texting, checking email, YouTube videos, and so on. I felt less and less in control of my attention and uncomfortable with my need for the constant drip of stimulation.

We have an absolute need as humans to be alone with our thoughts. To think and process life free from the influence of others. Influence of others includes music, podcasts, books, social feeds, messages, emails, calls, etc.

For me, ditching the smartphone is a step toward regaining solitude throughout my days. To be alone with my thoughts and to be free to think and process. It’s also about recognizing that I need to break the compulsive just checks habits and regain control of how and where I spend my mental energy.

Though I could say a lot more on these, here are some other big reasons I’m ditching the smartphone.

A few minor reasons that also helped me ditch my smartphone.

Obviously, there will always be trade-offs to using or not using a piece of technology. As of right now, the challenges of not carrying a smartphone outweigh the benefits.

In full disclosure, I still have my iPhone and will use it.

But I’m treating and using it like a tablet rather than a phone. Cellular data isn’t activated, and it won’t go with me everywhere. Instead of living in my pocket, it’ll go in my backpack. I’ll still use it for things here and there — music, podcasts, calendars, notes, etc. — but the goal of all of this is to break my dependence on it. To treat it as a tool that I choose to use versus seeing it as a vital foundational technology that I can’t live without. It’s a tool, and tools are helpful when used properly.