“Daddy, will you play with me?”

A question I get quite a lot these days from my four-year-old.

For my son, his world revolves around play. Bulldozers and excavators, soccer balls and basketballs, riding his bike up and down the driveway, magnet tiles, building blocks, police cars and firetrucks — this kid goes hard all day every day.

Lost in worlds of make-believe and pretend, he is immune to words like productivity or time management. Every day for a child is a new possibility of wonder and adventure.

It turns out play is vital to children’s development.

Just because we started a real job and making montage payments doesn’t mean we should stop playing.

I could learn a thing to two from watching my son play and might even have a little fun in the process if I’m brave enough to join him. 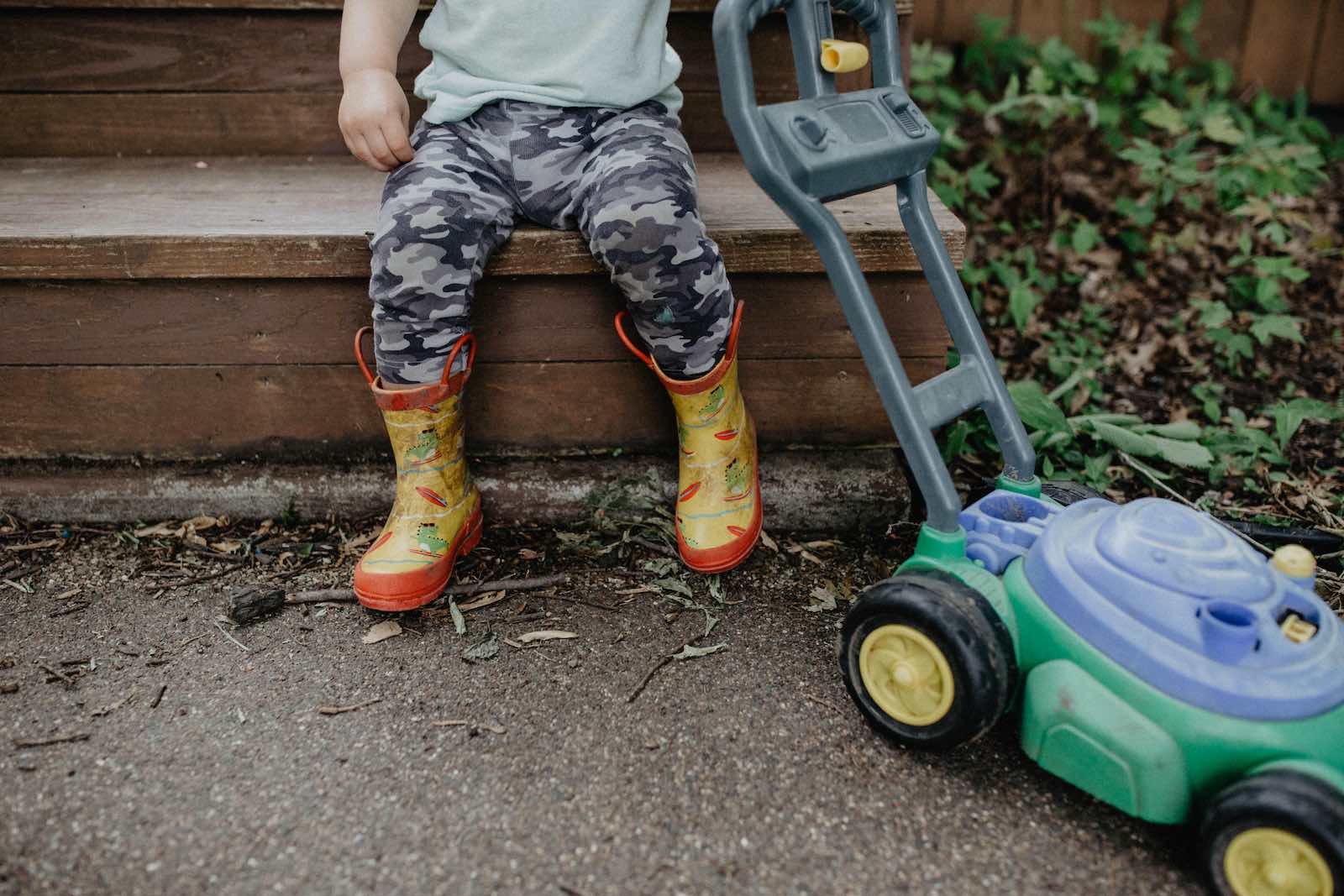 For my not-yet-five-year-old, there is a real advantage to his innocence. As his father, it is my job protect that innocence. All things will come in due time, but for now, play is to remain a wild frontier.

My boys need not worry about the responsibilities of life just yet. There will be plenty of time for that. As I watch them grow, here’s what they are teaching me.

My boys have very little concept of time, let alone what time management could possibly mean. It’s play time or lunch time. Nap time or bed time. They aren’t ruled by minutes and hours. They are ruled by the possibility of adventure and fun.

Play is their clock, and that is perfectly okay. They submerge themselves into made-up games and mini-competitions. They aren’t the least bit concerned about what time it is.

Whether it’s solving a puzzle, doodling, building something, exploring, gardening, or whatever else, every once in a while, we need to lose the tether of time.

When was the last time you lost track of time?

Much of our daily experience requires a sense of timelines. But with some regularity, we need to let ourselves get lost in play and lose sense of time even just for a moment. 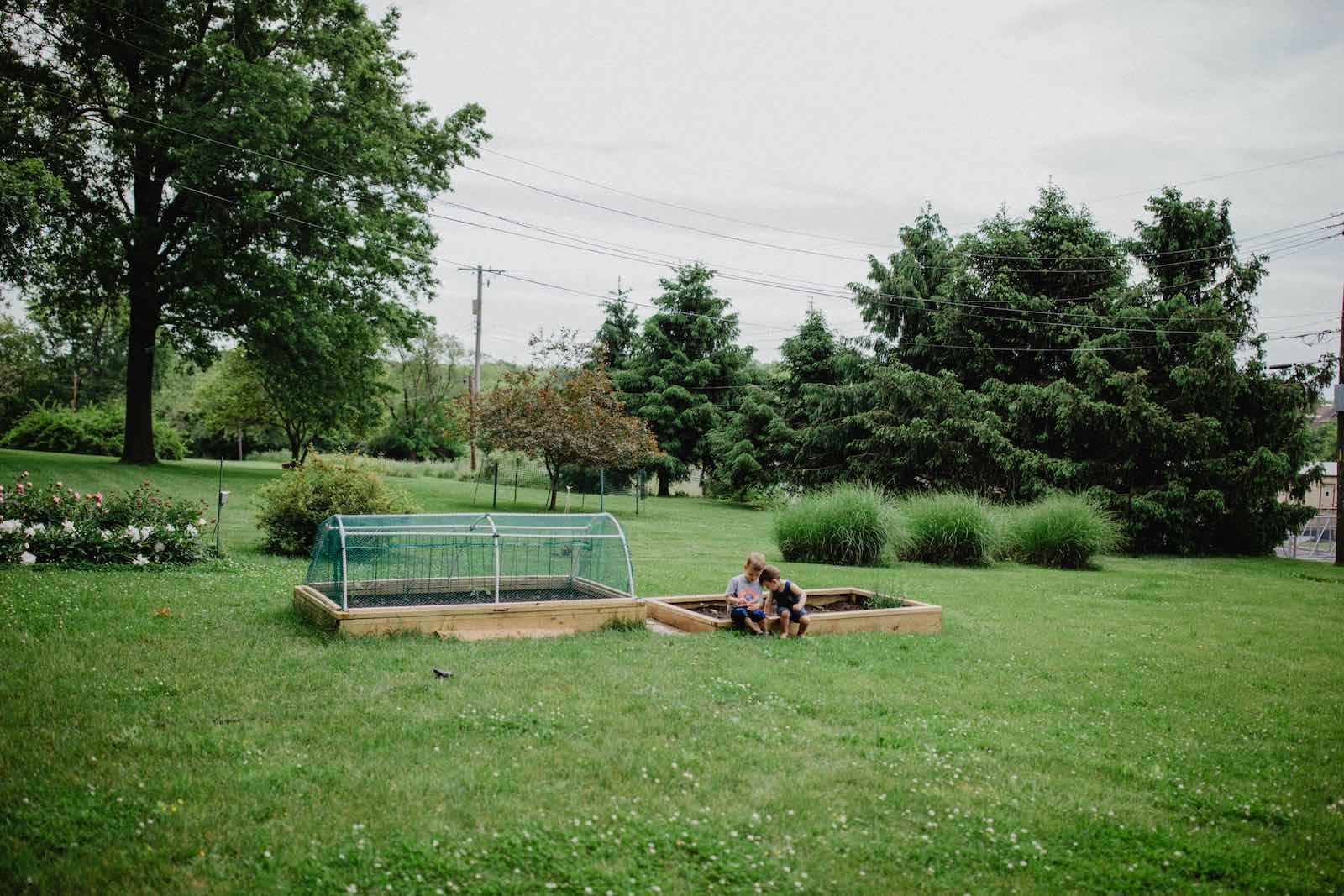 There are days I wonder if my son is hard of hearing.

I could say his name three or four times before he finally looks up to catch my eye. Fully immersed in building his rocket he couldn’t hear me. His astronauts are getting ready to launch to the moon and he is a little distracted. But really, he’s just so engaged in the moment.

For kids, the only thing that matters is right now. Never thinking about what tomorrow holds next week might as well be years away.

Kids have not yet learned the frazzled state of multi-tasking and worry that pulls so heavily on us adults. No pings to respond to, no social feeds to check, no emails waiting for a reply. They are absorbed in the right now. Even if they are a little distracted, it’s likely because they are paying attention to the things we don’t see.

I’m re-learning how to be fully present, how to leave technology behind and engage with the present moment just like my boys. 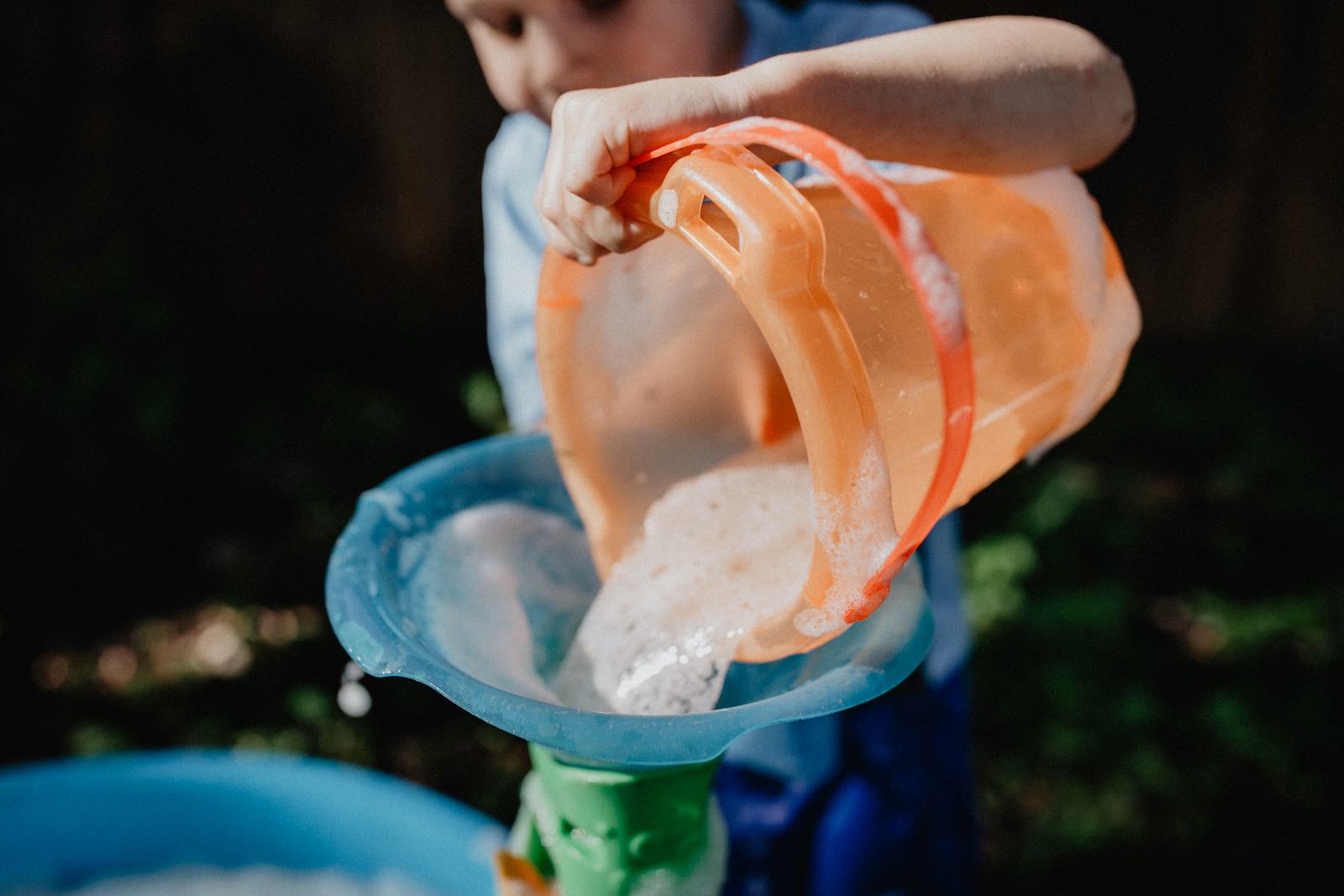 If you watch kids play for any amount of time, you’ll notice they have an innocent way of not caring about what other people think. It’s not to say they won’t be embarrassed if you call them out, but when they are in their element, they are fearless and unashamed.

Make-believe play of any kind requires laying down our put-together self image and forgetting about what others may think. And that is a freeing feeling.

Kids don’t care if they get muddy or messy. They aren’t afraid to get on the ground or climb a tree. They make all of their own sound effects.

Playing teaches us to forget about what other people think and have fun. It’s okay to look silly or get messy.

Lastly, watching my boys play reminds me they have no grid for the concept of productivity. It’s not even a category. Play is the ultimate end. Joy, laughter, fun, and happiness are their guiding principles.

Play isn’t meant to be productive, and we’ll never be able to engage in play as long as we are thinking about it that way.

In anything, play is a productivity cleanse. In our hyper-connected culture that has OD on productivity hacks, we need to chill out and learn how to do nothing again. Play a game, read a novel, sit by a fire, ride your bike, dig in the garden, get out the finger paints, play hide-and-go-seek.

Productivity has no place in play, and that’s the way it’s supposed to be.

There will come a day my kids stop asking me to “play”. I don’t want to send the message that daddy is too busy to play. Or, daddy doesn’t like to play. For as long as my boys come asking to play, I want to jump in unashamedly and enter their world.

And the truth is, I need it just as much as they do. 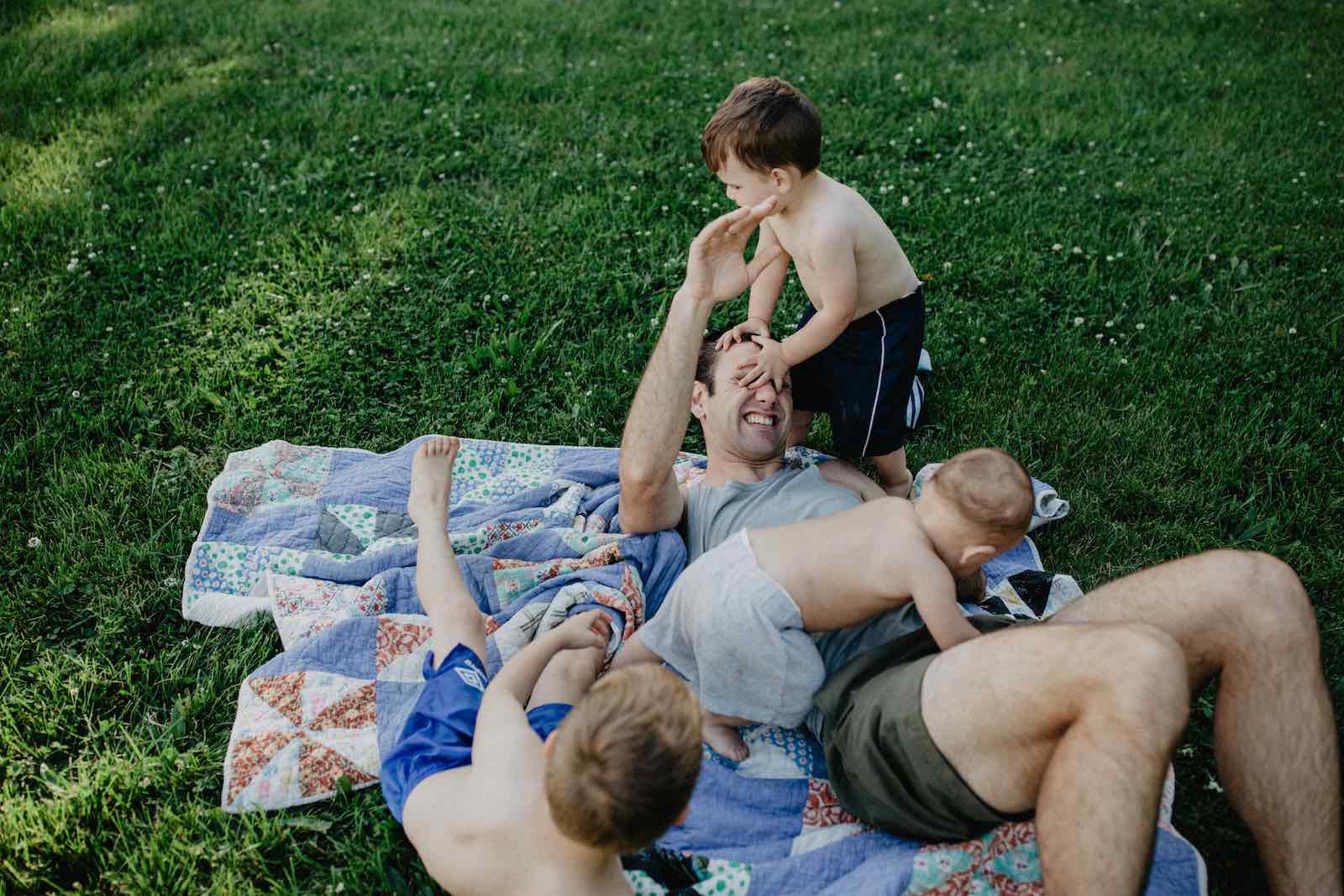