One of the obstacles we face when it comes to pursuing our goals is a lack of clarity.

Similarly, clarity is not something you can directly choose, but the fastest way to clarity is taking action.

It’s one thing to know the physics of how a plane flies, but another thing altogether to pilot one. No amount of theory will give you the clarity that comes from sitting in the cockpit and flying.

You can read all the books about exercise and diet, but unless you actually start changing the foods you eat and get moving, theory is all it will ever be.

Clarity does not come to the idle, but rather those who take action.

When we lack clarity, it’s easy to become paralyzed. The mystery of clarity hides itself behind the lie of perfectionism. It tells you everything must be perfectly aligned before you get started.

Perfectionism portrays your goal as a house of cards. If one thing doesn’t go perfectly, the whole thing falls apart. — Jon Acuff

Perfectionism cuts you off at the knees and kills your goal before you even get started. “Take one wrong step and you’re done for.”

But it’s just not true.

Instead of letting perfectionism rule the day, we need to develop a bias toward action — a determination to show up everyday with a commitment to move the needle forward. You may not have everything figured out, but I guarantee there is a least one or two actionable steps you can take toward progress.

It seems like the narrative of life tells us we must first have the complete picture before taking action. Our education systems have taught us to know the answers before the test. Study, take the test, pass.

But rarely does it work this way in the real world. Rarely will you have visibility to the whole story when getting started. That comes through experience.

So I’m here to flip the script. Adopt a new internal dialogue: action before clarity.

Taking action before absolute clarity is scary, but don’t let it stop you. 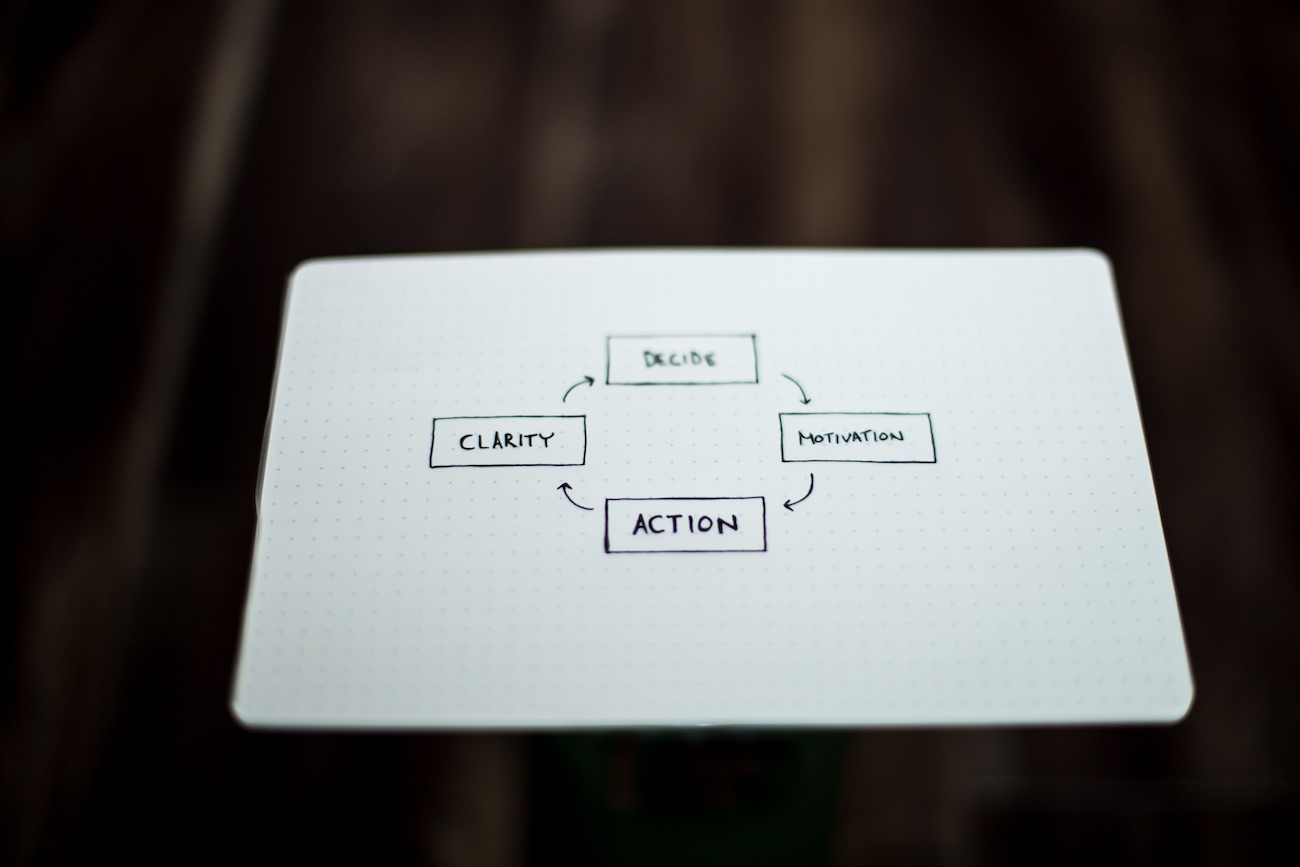 About our backstabbing friend perfectionism.

Perfectionism will be the first one in your face when there’s a hole in your plan. It’s going to let you know how big of a failure you will be if you take action without first chasing down the 1,000 contingencies that could happen.

We usually get so overwhelmed that we throw in the towel and say forget it before we even try.

The harder you try to be perfect, the less likely you’ll accomplish your goals. — Jon Acuff

Next time the perfectionism alarm starts going off remember that clarity comes by taking action.

I’m not saying you should blindly jump off a bridge in the name of taking action. I am saying to take small steps in the direction of your goal that will give you feedback.

Instead of thinking all or nothing, think in terms of experimentation.

Experimenting doesn’t lead to failure, it leads to discovery. You have a general idea of what might happen if you take certain actions, but are not 100% certain of the outcome. Put it to the test. What happens?

Don’t be afraid to run experiments on your goals.

You’ll never gain more clarity than through the process of experimentation. Propose a hypothesis, record the test, analyze your findings, and repeat.

If you don’t review the progress, you can’t make adjustments. You can’t learn from mistakes. You can’t get better, and ultimately, you can’t finish. — Jon Acuff

You may not have clarity on what will be involved in the entire process of achieving your goal from start to finish, and that’s okay. I can say with confidence pretty much no one does. That’s why it’s a goal. There are endless variables and contingencies that come into play that we could never imagine.

Taking action says move one step. That’s it. One step in the right direction is still progress. Accomplishing your goal is as simple as focusing on the step directly in front of you and then doing the same thing tomorrow, and the day after that.

Action is about moving from one moment of clarity to the next. 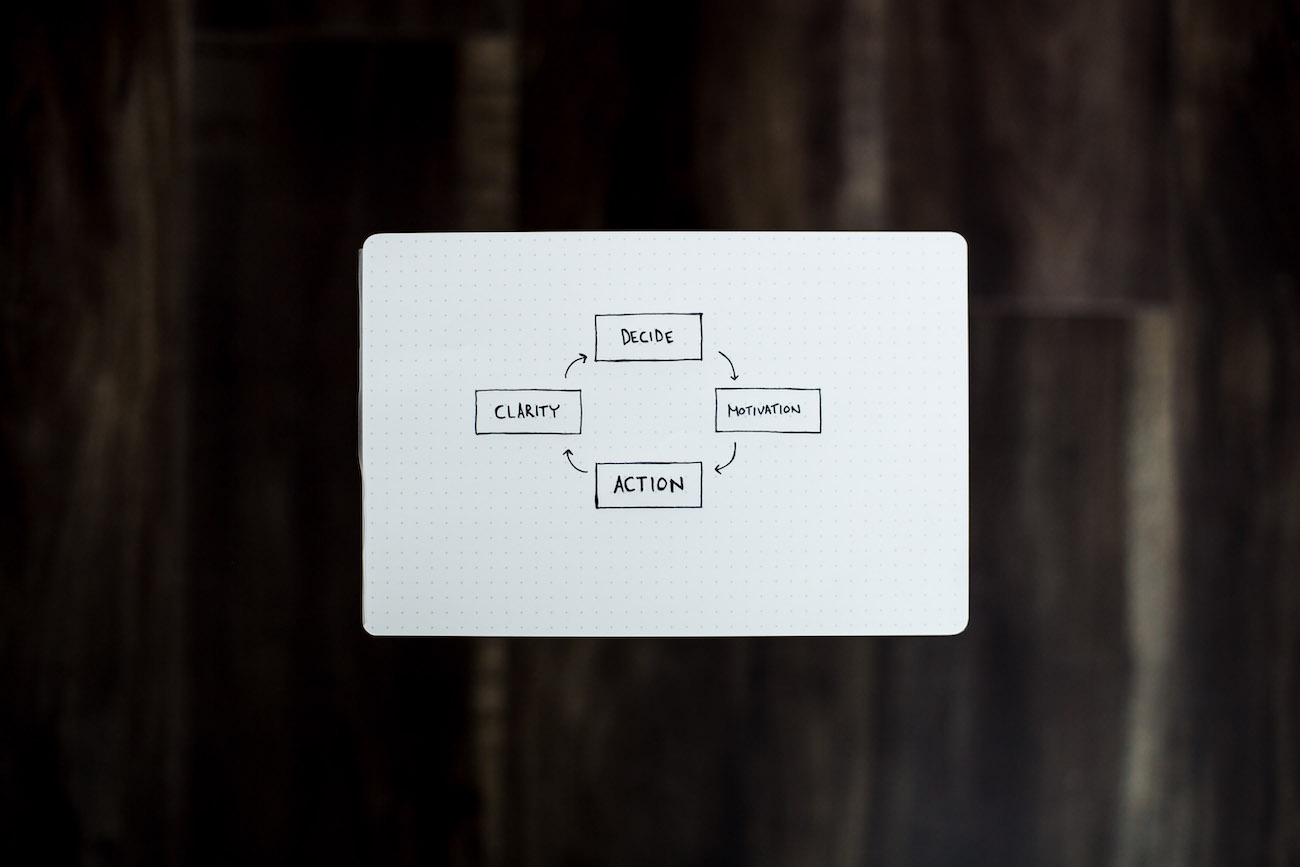 Finally, taking action is courageous. Stepping out when you don’t have all the answers is scary. It leaves you feeling vulnerable.

Every time you choose to move into unknown territory is a win. Whether that be a creative endeavor, business proposal, raising kids — it takes guts to silence our second guessing and step forward anyway.

We talk a lot about courage as a society, but we forget that at its most basic level it’s really just taking action. — Ryan Holiday

Pushing through from scattered to clear is a courageous act.

I can’t imagine the amount of unknowns there were when the United States entered the space race. With primitive computer and rocket technology, we literally had conjectures of what it would take to get to the moon and gaping holes in the plan to make it happen.

The Apollo Program was the progression of action to gaining clarity. There were ten launches in the program before the first moon landing. Not to mention the endless amounts of tests before the Apollo era. Each mission represented a courageous act to move one step closer to the ultimate goal.

Gaining the clarity you need may not require spaceflight, but it’s just as courageous. Taking that first step toward whatever it is you want to achieve requires guts, and a step into the unknown trusting that the clarity you need is on the other side — just out of sight — requires a step of faith.