With the overwhelming noise we’re faced with on a daily basis, I’ve found more than ever the need for high quality content.

And by “high quality” I mean content that has been thoroughly and thoughtfully constructed. (Usually not found on Twitter.)

While there are a few mediums that would qualify, physical books are my preferred format. The ideas presented in a book must stand the test of rigorous rounds of scrutiny and editing, whereas the waterfall of commotion found on Twitter could be anything from angry rants of some poor soul stuck in rush hour traffic or an original idea whilst sitting on the throne of glory.

As a parent of three young boys, there isn’t a lot of breathing room in the schedule for leisurely activities. But even with the craziness of raising toddlers, I’ve found reading to be a grounding practice. Even if only for a few minutes, it allows me to step into another world untouched by the demands of little humans.

A while back I went through a sort of history reading binge — true stories of historical figures that lived remarkable lives. There is something addictive about the stories of men and women from decades ago that were faced with polarizing obstacles and how they overcame them.

These stories took place long before road rage swept the US and people became glued to their smartphones. The resourcefulness and determination of past generations is remarkable. Reading stories of those completely untouched by the problems of modernity and yet plagued by their own challenges can be enlightening.

Here are a few fun and inspiring reads. 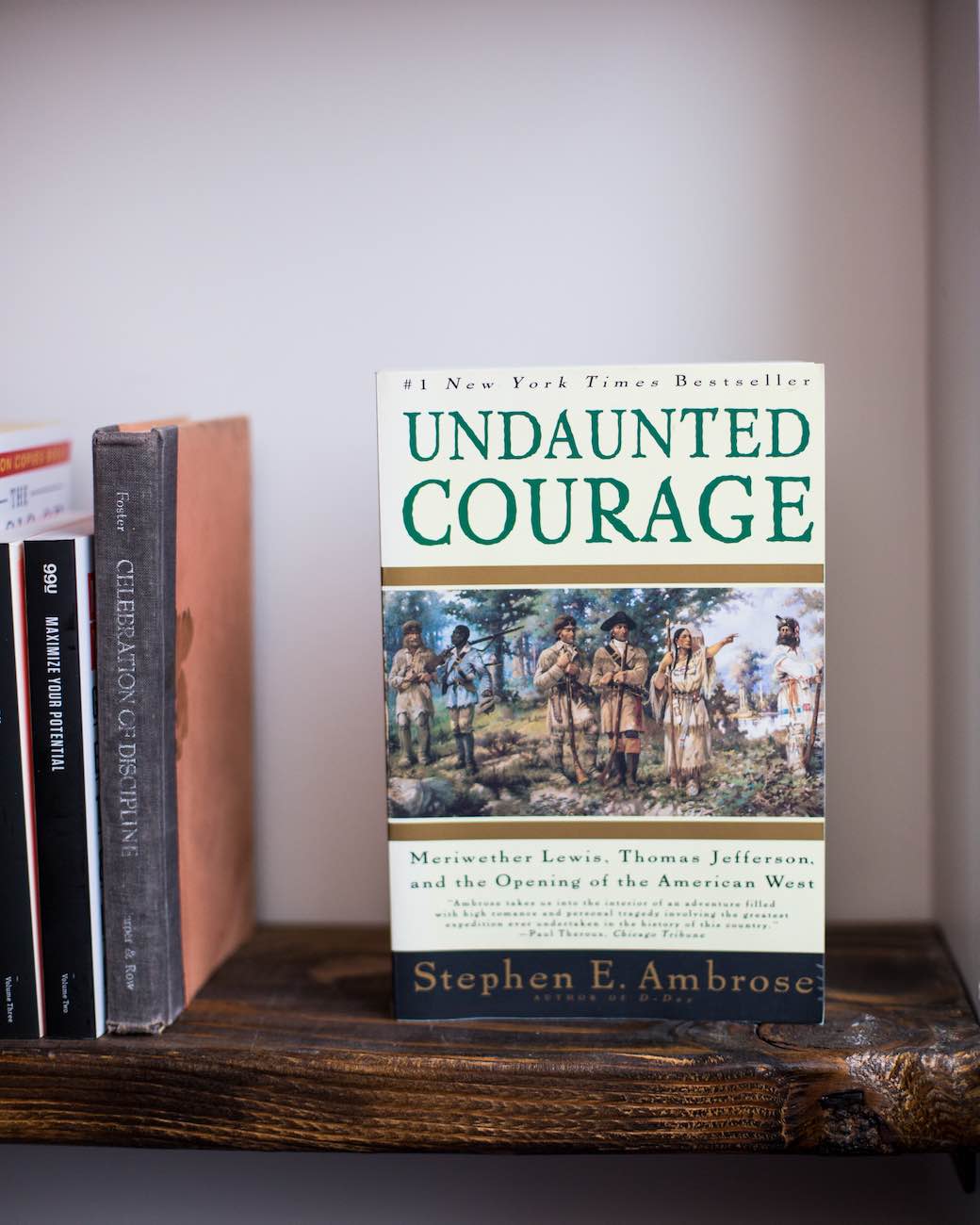 Having lived in Kansas City for over a decade now, the Missouri river has began to stir my curiosity. It’s the same river that Lewis and Clark led their historic journey through the heart of America, and I didn’t realize how little I knew about the river, the expedition, and the surrounding political context until I cracked open Undaunted Courage. Stephen Ambrose brilliantly paints the backdrop of early 1800s America and the race for the west.

It’s hard to imagine life that travels at the speed of a horse — or in Lewis and Clark’s case, the speed of a river. Commissioned by Thomas Jefferson and congress to reach the west coast via the Missouri River, the expedition functioned independently for the duration of their journey. There was no mail service to run letters back to Washington. No FaceTime calls to check in on progress or give direction and encouragement. They were on their own. Any obstacles faced they would do so alone.

From the confluence of the Missouri and Mississippi Rivers in St. Louis, to the mouth of the Columbia River greeting the Pacific, it is the ultimate adventure tale.

The River of Doubt by Candice Millard 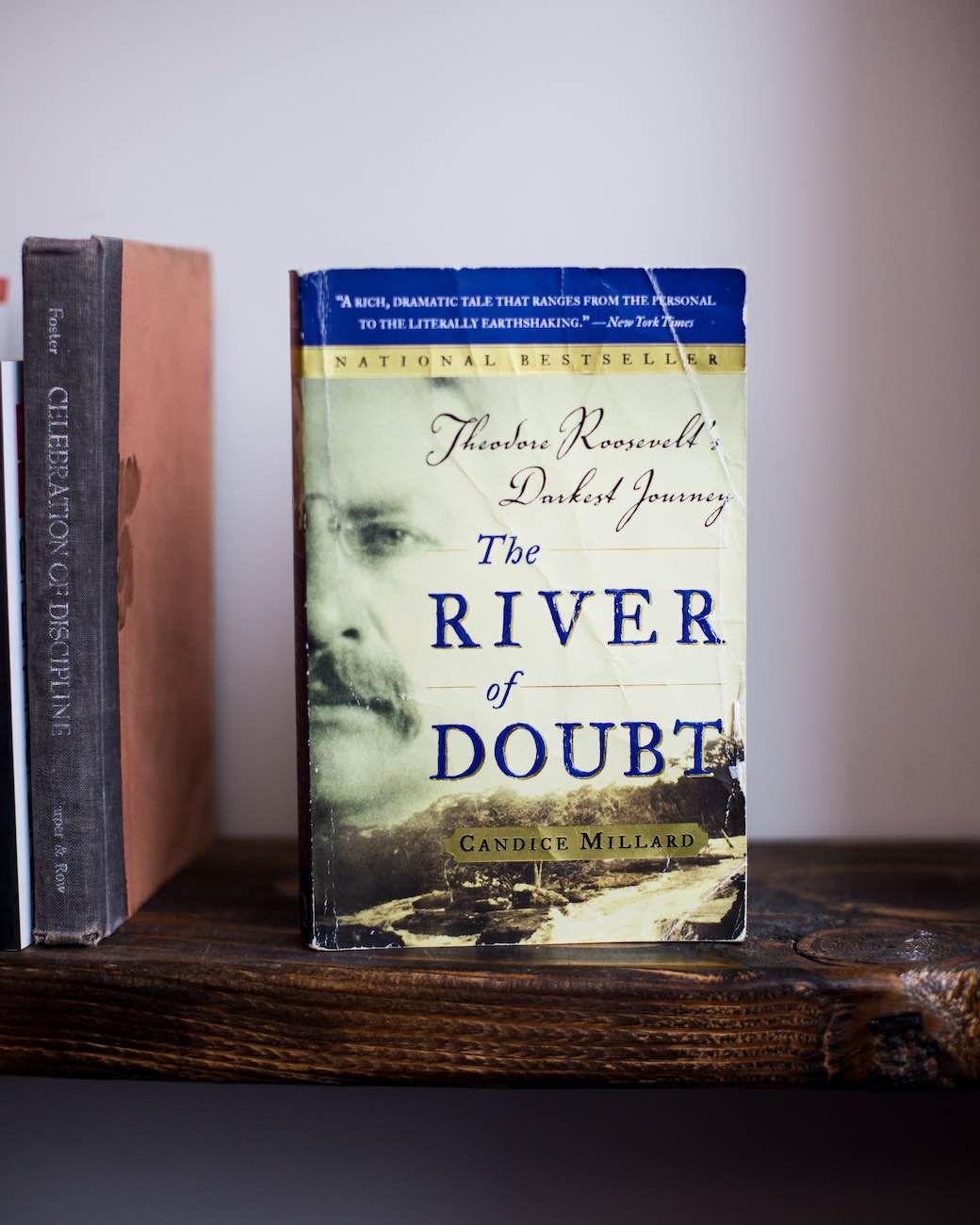 I had never dedicated study to the life of Theodore Roosevelt, but had heard of his legacy for years. I first heard about The River of Doubt from an episode of the And Sons Podcast and eventually got around to reading it.

It’s the story of Theodore Roosevelt’s final adventure down an unexplored tributary of the Amazon River. Having never spent time in a tropical rainforest, it is hard to fathom the perils of such a climate. Mosquitos by the hundreds of thousands, torrential rains, natives that were known for their poison darts, not to mention descending a river with major rapids and waterfalls that could kill you without remorse.

The expedition faced starvation, disease, death, and the unwavering torment of the jungle. I marveled at the determination and lengths taken not only to explore but also survive. This was all done without GPS, satellite phones, or the backup safety option of being rescued if needed. The rules were simple — survive and conquer or surrender to the jungle. 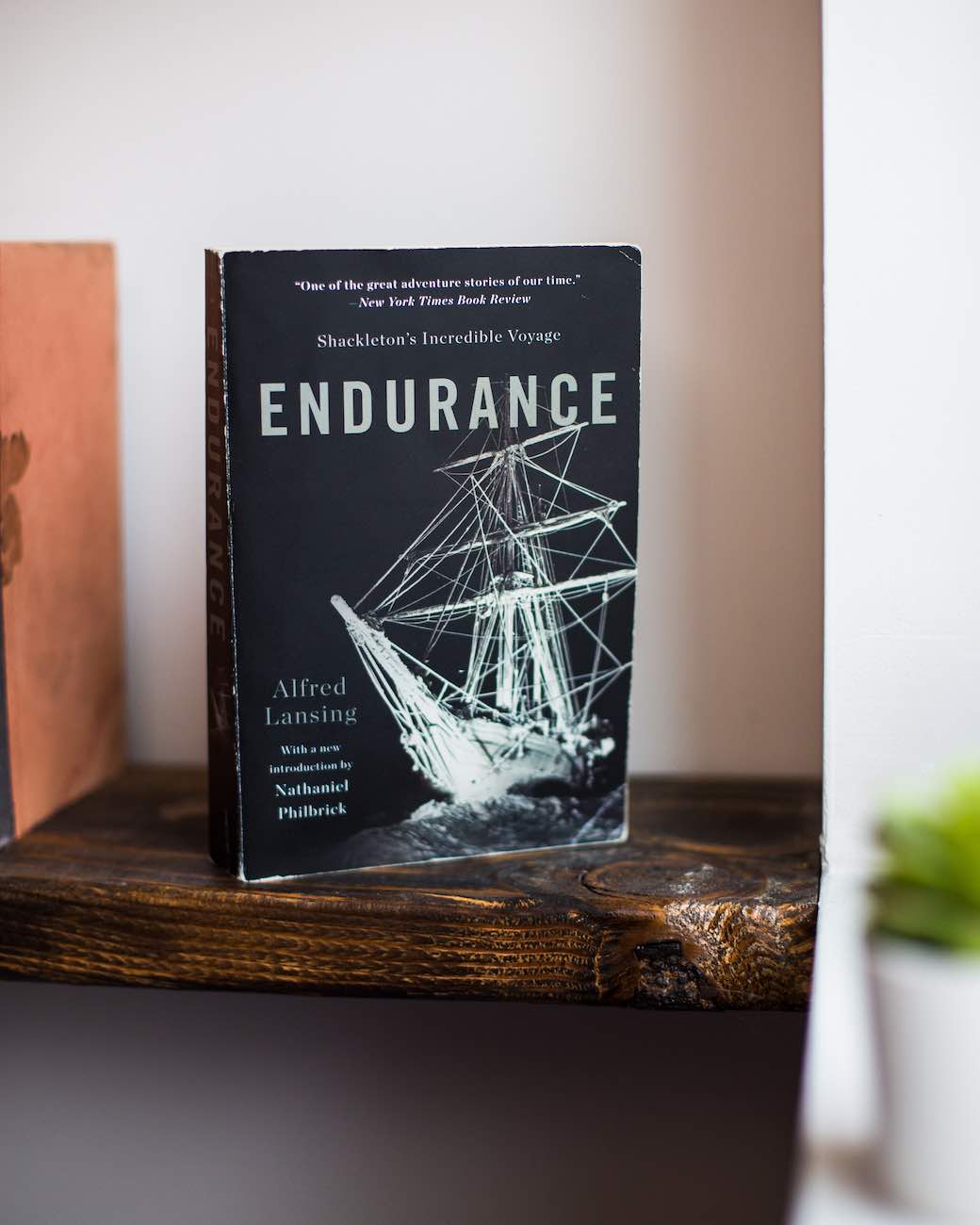 Endurance is in my top 10 all time book collection. The story is thrilling and addicting, and the fact that it’s a true story makes it all the more captivating. Lansing does an excellent job weaving together the narrative of Ernest Shackleton’s expedition to become the first to cross the Antarctic on foot. A story of exploration, adventure, and will to survive the most extreme conditions on the planet.

The fortitude and resourcefulness of the crew in this epic adventure is remarkable. It’s difficult to even fathom what they accomplished with the technology available to them in the early 1900s. Shackleton models calm and confident leadership that would be hard to find today.

I won’t give away any spoilers, but if you need a book recommendation to start with, this would be it. 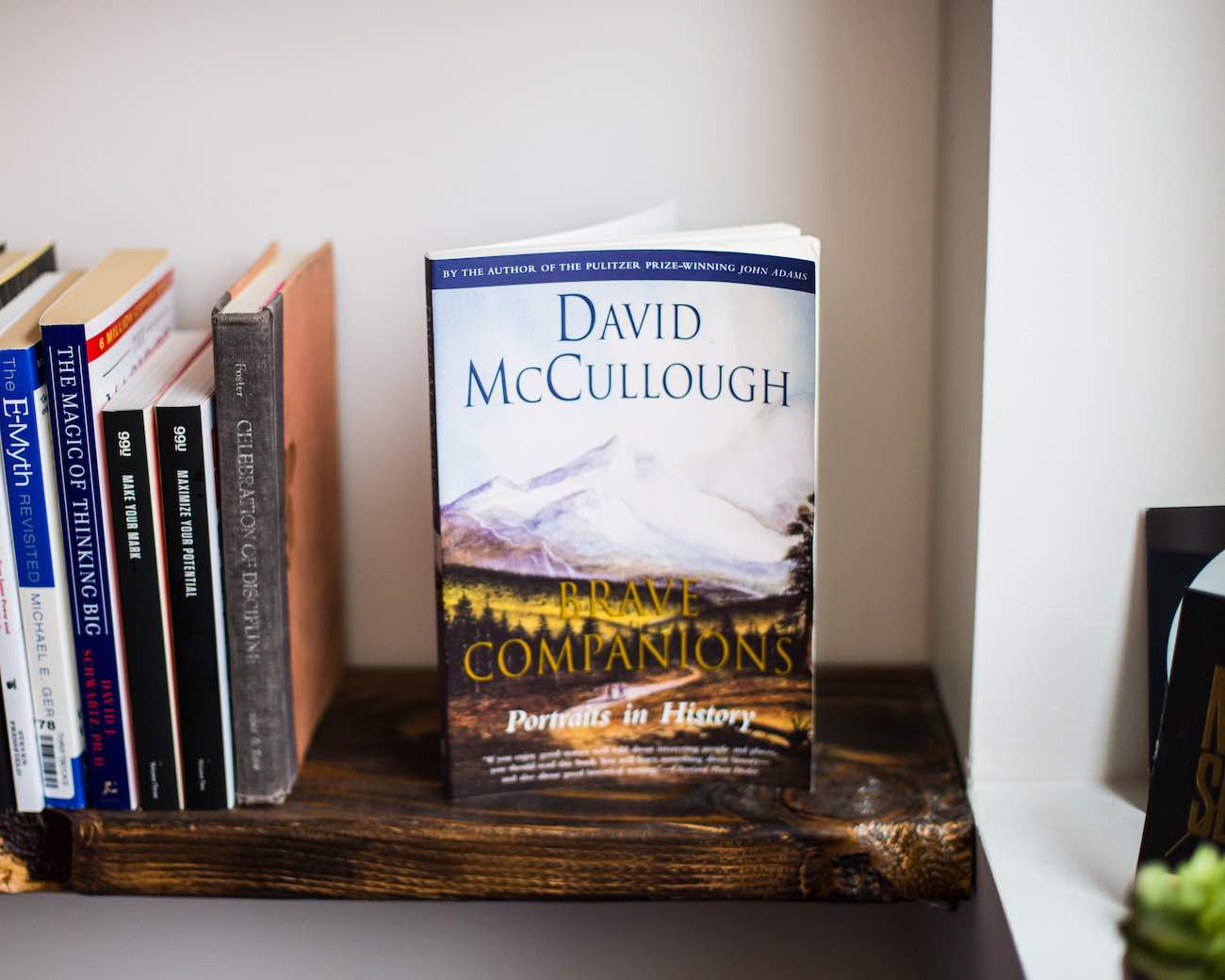 David McCullough may be the greatest historian and writer of our modern era. He’s a two-time winner of the Pulitzer Prize, as well as a recipient of the Presidential Medal of Freedom. If you’re new to his writing, Brave Companions is an excellent place to start. It’s a compilation of essays and writings spanning his celebrated career, and he does a remarkable job weaving the stand-alone stories in and out of one another.

Each chapter highlights a story of its own. From the building of the Panama Railway to the unlikely life of Harriet Beecher Stowe (author of Uncle Tom’s Cabin). McCullough’s masterful writing weaves together journals and diaries, surrounding contexts of the era, as well as his own subtle conjecture of what was taking place between the lines of the story. He brings the story to life.

This is a great book to have around the house. Pick it up and read a chapter, come back to it a few weeks later and jump to another story. It doesn’t need to be read in order and you can always skip the chapters that aren’t as interesting. But with how capturing the writing is, I found myself wanting to read every story no matter how obscure.

I’ve never been a huge history guy — not until coming across books such as these, that is. David McCullough’s books Truman and The Path Between the Seas are also worth adding to your stack. Stephen Ambrose also wrote the book Band of Brothers, which was made popular by the HBO TV series. Another fantastic read.

These should get you started.