Behind the Scenes of My First “Mastermind Retreat”

About a month ago, I hosted 12 other guys in Breckenridge for a 3-day retreat. It was an “un-conference” so to speak.

As an indie writer, I’ve been going to conferences and events for years. As I wrote back in 2012 when I was in San Francisco for Macworld, “I’m not here for the event, but for the folks who’ll be filling the sidewalks and the Expo Floor.”

It was with this same sentiment that I hosted the Breckenridge event. I figured what if we skipped the conference and went straight to the meet ups and the meals?

Moreover, at the end of 2016, as I was writing down some of the ideas and goals for the upcoming year, I knew that for me and my business, I needed to focus on building relationships. I needed more mentors, peers, and partners in business.

I figured that one of the best ways to purposefully develop new relationships was with a retreat like this. Not to mention, I knew that if I was the one to host it then I could make sure I was the “least” person in the room. Meaning, I could invite folks who were many steps ahead of me and thus guarantee that I’d be surrounded by smarter folks than I. By doing the work and taking the initiative to organize the event, I was able to secure a spot at the table that otherwise I may not have been invited to.

How I put it together

This retreat was almost a year in the making.

It all started when I was on a phone call last fall with my friend, Sean McCabe. I mentioned to Sean about the same goal I mentioned to you above — that over the next year I wanted to focus very intentionally on building relationships with other creative entrepreneurs.

Sean encouraged me to put on the event. So I got in touch with two other folks: James Clear and Brett Kelly. I invited them and got the final dates for the event locked in.

With the four of us confirmed and the dates locked in, I went to VRBO and booked a cabin and then to Yelp to find a private chef. I knew it’d be easy to invite 10 more people once I had that initial information landed.

So then I asked Sean, Brett, and James who they thought should be at the retreat, and I then reached out to all those folks. Some of those folks could come, and some couldn’t. So, once I heard back definitively from those who would NOT be there, I then invited a few more folks that I knew.

By having other people suggest names, it was a way to get a unique group of folks (that weren’t all just my friends) but also making sure that everyone there was only about one degree of separation from everyone else. This way, there was a lot of common ground and shared interests, but also we all were able to meet new people.

Also, by keeping it invite-only like this, it helped alleviate anyone’s fear that there was a hidden agenda. It was clear to all that there was no business model or sales pitch going on behind the scenes here. It was a “safe” event, and thus everyone coming had their guard down.

The Basic Logistics, and Optimizing for No-Stress

If you’re curious on the details, I tried to keep things as simple as possible. My main goal was to just get everyone together for a few days with a place to sleep and food to eat.

I knew that the rest would take care of itself. Plus, by putting the event on in Breckenridge, you can’t go wrong. It’s absolutely beautiful out there.

By keeping things simple, I was able to optimized for reducing my own stress as the host. Basically, that means that most of the decisions I made were unto keeping things as simple as possible so that I wasn’t nervous or stressed about any of the event details.

For example, that’s why…

The Hot Seat Sessions
Once the event began, there was very little agenda. The only thing we did was have “hot seat” sessions.

Over the course of the two days, we took time in the mornings and afternoons to give each person 45 minutes to sit in the hot seat.

From there, they could do one of three things: (1) present an idea or lesson to the group; (2) share a challenge with the group and ask for everyone’s feedback; or (3) do an AMA.

These hot seat sessions were fantastic. I learned more by listening to other people’s sessions than I did from my own session. 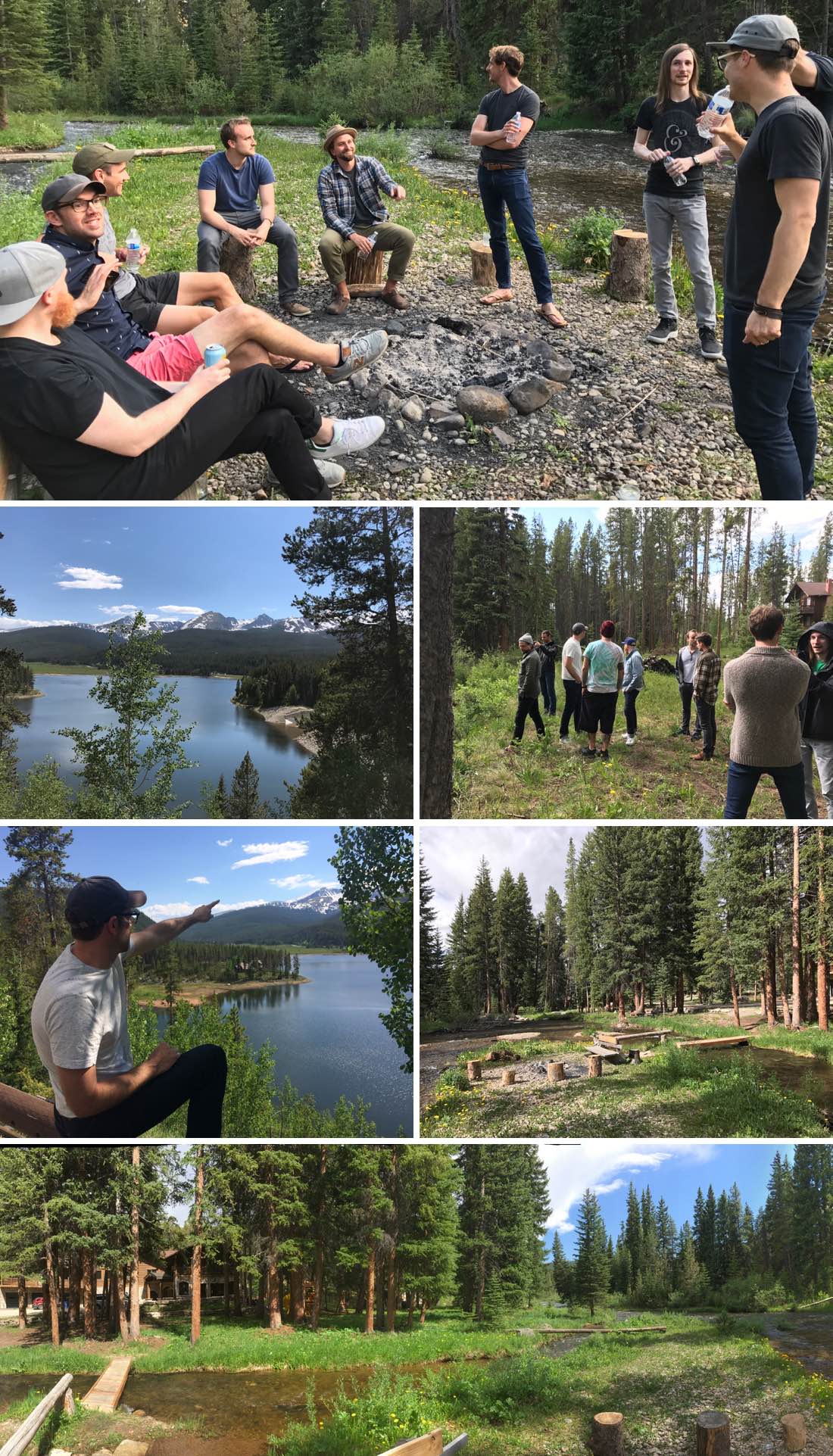 The event was a blast! I had so much fun, and so did everyone else who came.

Moreover, I came back with so many ideas that my head was spinning. There was much I learned about ways to improve my business budget and finances, ways to improve sales of the Focus Course, and more. (I shared all my takeaways on our most recent Focus Club coaching call, which is available now in the archives.)

One of the main things I took away was that the basics of publishing consistently and showing up every day never stop being the main thing. You never graduate from that basic fact that you’ve got to show up every day and share your work.

I also learned a few things that I’ll do differently for next year’s event. Such as to start the retreat off with a crazy ice-breaker so we can all have a shared experience as a group. I’ll also be sure to have a moderator for the hot seat sessions, so that the person in the hot seat can make sure to process the advice coming their way and also so that the conversations and dialog stay on track and not one person dominates.

If you’re thinking of putting one on, don’t be afraid to go for it! I can’t say enough just how valuable and enjoyable it is to build relationships with peers and mentors by spending time together face to face.